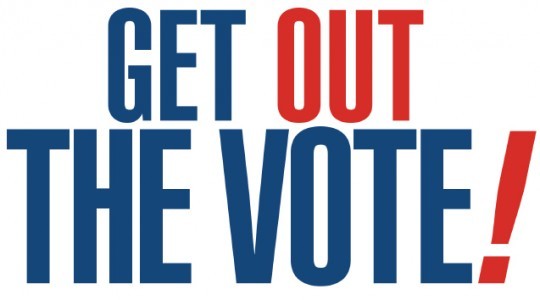 Our Climate Reality Leaders at Work to Get out the Vote

Three of our chapter members — Don Viecelli, of Arlington Heights, Lynnea Wolfe and Audrey Young, both of Chicago — who trained online this summer, share their experiences with the Sierra Club Battleground States Campaign, which is targeting more than a million voters in Arizona, Florida, Michigan and Pennsylvania. The following are edited excerpts of their replies to our written questions.

Why did you decide to get involved in GOTV?

LW: As an environmentalist and a citizen in general I know how important this election is for the future of the climate. When I joined Climate Reality recently, I learned about their efforts with the Sierra Club and GOTV, and I was so happy that I found something that I could do as an individual to support the upcoming election. In five years when I look back at this election, regardless of the outcome, I want to be able to say that I took action and did everything I could to support the future of the country and the environment.
AY: Seeing the current administration doing nothing to mitigate climate change, and instead pull the U.S. out of the Paris Agreement was frustrating and motivating. I signed up with GOTV because I wanted to make sure that I do everything I can to elect a president that would work to combat the climate crisis.
DV: Too many people did not vote in 2016.

Describe what you have been doing for the Sierra Club GOTV efforts.

LW: For the last three weeks, I have been working for the call team. Every Saturday I hop on the dialer and talk directly to environmentally inclined voters to find out who will be the most critical people to talk to as the election gets closer. I try to commit at least three hours every Saturday.
AY: I have signed up for a phone calls and texting. I started with a call shift, and then I decided to try out texting as well. For me the texting offers more scheduling flexibility and allows me time to think about my responses. I have targeted three hours per week, but some weeks I have not hit my goal. Now that we are in September, I feel the urgency is increasing, and I signed up for shifts into November to make sure I hit my goal each week.
DV: I decided to join the texting effort. It has been interesting and fun to do. I try to average three hours per week and claim Acts of Leadership for them.

What has been the best thing about it so far?

LW: The best thing is going from only taking action for myself, to helping others take action in battleground states.
AY: When you get someone who is equally passionate about the importance of the election. I had one lady on the phone thank me for calling people and told me that she and her mother had already requested mail-in ballots.

Any interesting conversations that stick in your memory?

LW: The most memorable conversation that I’ve had was actually my very first call! An elderly woman picked up and told me all about how she appreciates the work that we do to connect voters to voting information. She was so kind and friendly, which, honestly, was the opposite of what I expected doing these cold calls. The story she told me about her pride for her family’s efforts for the election helped me stay motivated and keep trying to reach critical voters! The bulk of the people I speak to are supportive of the environment. Surprisingly, even with people who have opposing views about the candidates, I find that our interactions remain short but civil.
AY: The best responses are the positive ones, like when someone says they are interested in volunteering with the GOTV campaign or every time I get a ‘thank you’ for reaching out.

Do you feel energized or encouraged in any way by your interactions?

LW: They do help me feel energized because those who are willing to talk to me are overwhelmingly supportive and encouraging to keep doing what I’m doing and to reach more people.
AY: This has been a great way for me to feel like I am having an impact, from the people I’ve had conversations with who are going to follow-up with their friends, to the people in my life I’ve encouraged to get involved. It is seeing the ripple effect of my efforts that keep me volunteering.
DV: I am definitely encouraged by the number of people who really want to change the current government and help us stop climate change.

What can you say to encourage others to get involved?

LW: I would say that making this small commitment before the election can help you stay optimistic and hopeful throughout the next ten weeks! It is easy to get fed up with so much confusing and disappointing news on our screens, but being involved with GOTV makes me feel like I’m doing my part to ensure the safety of our future.
AY: I would say that getting involved in some way will help ease your Election Day anxiety by giving you tangible action steps. Sierra Club has an option that can work for almost every schedule. They provide lots of training resources, and there is also a great support network through Slack so you don’t feel like you are flying blind.
DV: I just point out to people what is happening to our environment over the last 20 years. Most of them have seen the changes in the world and are concerned.

What has been the most challenging part?

LW: The most challenging part is simply staying attentive, calling for several hours at a time. But I just have to remember that the longer I stay on the dialer, the faster the calls go out and the more people we reach in the same amount of time!
AY: For me, the phone calls were the most challenging because you have to quickly try to get them to stay on the phone to listen to you instead of just hanging up. Once someone would stay on the line, I initially felt clumsy, navigating through the various prompts and adjusting to each person’s response. After doing some texting shifts, which have basically the same prompts, I feel like I have a better grasp on the flow now and that this will make my phone calls feel less frantic.
DV: For me, it was just taking the initiative to get involved. Becoming a Climate Reality Leader paved the way.

What is your GOTV plan going forward?

LW: I hope to continue committing at least three hours every weekend for a total of 27 hours!
AY: To keep myself accountable, I signed up for two texting or calling shifts each week all the way through to Nov. 2, and I will continue to shoot for at least three hours a week. Picking shifts in advance all the way until election day ensure that my calendar is updated, and that time is blocked.
DV: I feel we need to push everyone to get out and vote.

Anything else you want to share to inspire others to get involved in GOTV work?

LW: When this election is done, I want to be able to say that I DID something. Be a leader in the upcoming election and join GOTV!
AY: Think about how you want to feel after the election, no matter the outcome. If on Nov. 3 we elect a candidate who is committed to fighting the climate crisis, then you will get to say that you helped make it happen!! Worst case, if we do not elect a president who will help combat climate change then you will at least know you didn’t just sit idly by, that you took action.