Road Tripping in an EV 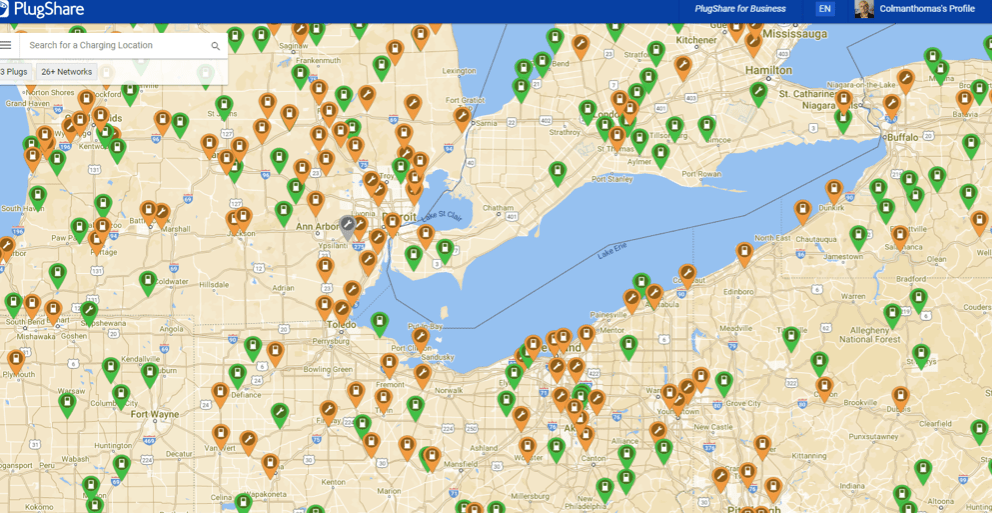 A trip halfway across the country in an EV

Like so many others, I’ve been reading stories about broken EV chargers, range anxiety, and assertions about how EVs work around town but aren’t good for long trips (largely oil company propaganda, I suspect).

When I learned that Chapter Chair Tom Coleman, of Naperville, had been on a 2,300-mile road trip to visit family, of course I had to ask him how everything went. I knew the trip was taken in an EV because that’s all he and his wife, Jeanne, drive.

“No range anxiety. No trouble finding charging stations. No broken chargers,” he answered.

Not surprising. If anyone could have a seamless trip in an EV, it’s Tom. He’s had only EVs for a while now. The current ones are his third and fourth, and as the head of our chapter’s EV Team, he’s an expert on the topic.

They drove to Massachusetts, a 20.5-hour drive, in their new Hyundai Ioniq 5, which has a range of about 300 miles on a charge. They spent 3 1/2 days traveling there and, by pushing, made it home in three days. For the rest of the time, they stayed in a hotel that offered free charging.

Tom’s experience shows driving an electric vehicle cross country costs little time and can save quite a bit of money. And if he can do it, others should also be able to.

His handy helpmate was the “A Better Route Planner” free app (ABRP), which shows all the fast and slow chargers in the country. He shared that app with Google Maps to plan his route.

Some EV cars come with software that shows a map of EV chargers along your chosen route.

Tom kept a spreadsheet of all the times they charged up, where it was, how long it took and what it cost. He targeted fast chargers.

The car’s range was a little more than the 303-mile EPA estimate for the car going east because the weather was good, he said. When they came home, the weather had turned colder and rainy, and with wipers and headlights on, they used energy a bit faster.

Tom figures they paid only $73 for charging on the entire trip, partly because a new Hyundai comes with two years of free changing (up to 30 minutes per stop) at Electrify America chargers, which they stopped at if available. He estimates the same trip in an internal combustion engine (ICE) car would have cost $336, and that’s based on an average gasoline price of $3.80, which I think is low. The average price for gas in Chicago as of early November was $4.88 a gallon.

I asked if he ever saw signs for chargers on the highway, like the ubiquitous gasoline and food signs.

“Only in Ohio,” he said, although some rest stops in Massachusetts had chargers too. We agreed that because EV drivers have their apps to tell them where chargers are, they don’t need signs, but it would be good to let the driving public know that chargers are plentiful.

Charging and a meal.

Tom and Jeanne usually stopped for lunch or dinner while they charged, though sometimes they would adjust their meal times to meet their charging needs. Charging usually took 30-40 minutes.

Chargers were most often at shopping malls and often not visible from the street, so it was important to have the app to show where they were.

Tom did note that his route was well-populated. A rural trip might well pose more charging challenges.

What did their relatives think about their EV?

“Of course, they expected us to have problems,” he said.

Tom and Jeanne only came across one broken charger, but it was in a group of four, so no problem, and they never had to wait in a line of cars for a charger. In California, where there are 1 million EVs, the lines can be longer, he noted.

That’s why there is so much urgency at all levels of government to add more charging infrastructure. We want more EVs, but we also need more chargers to make it convenient.