A student activist finds his voice 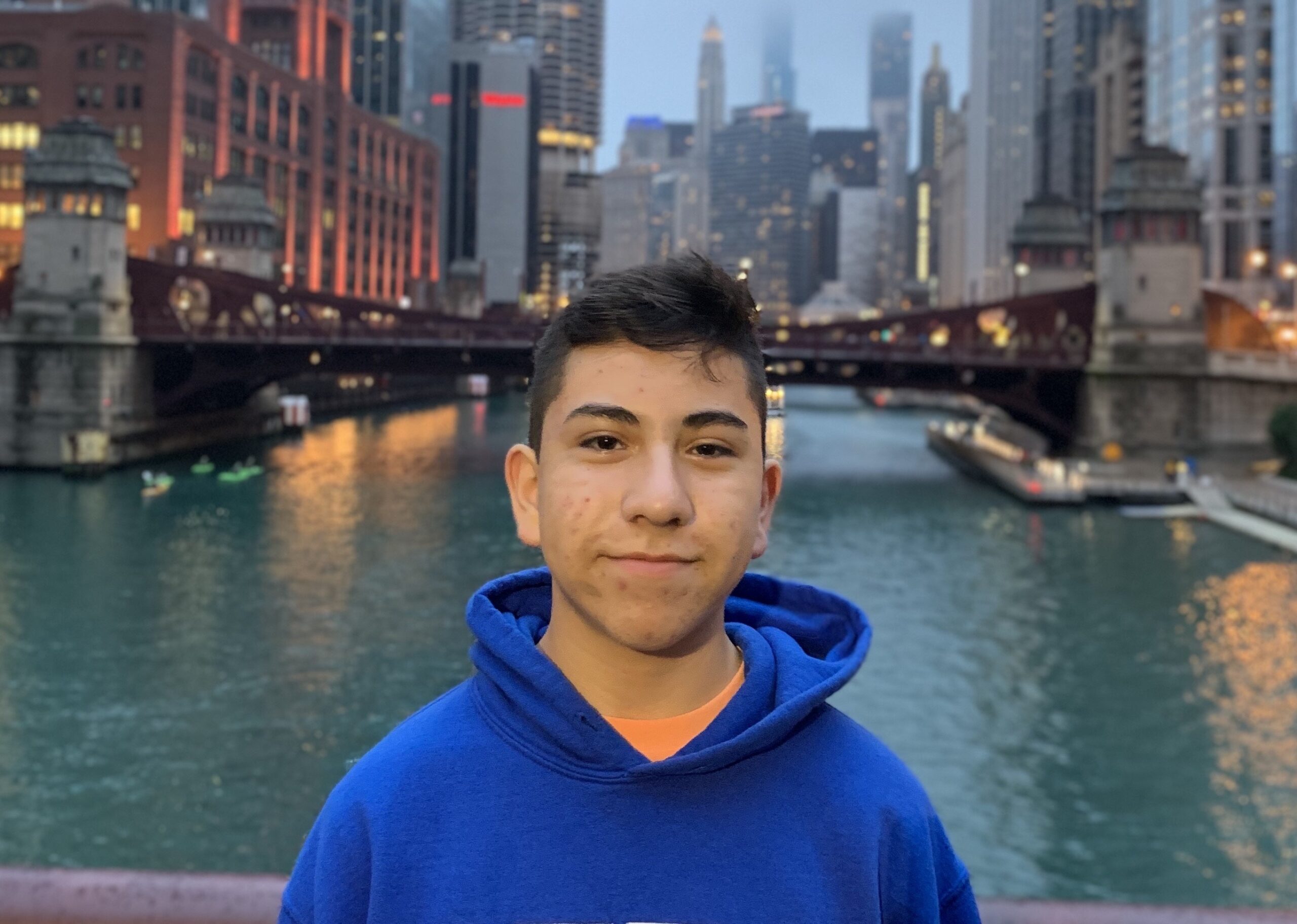 A student activist finds his voice

Jacob, a 17-year-old climate justice activist from Mount Prospect is the city coordinator for an international youth-led climate education group called Earth Uprising. He organizes young people around climate change in the Chicago area. He recently joined Climate Reality Chicago and has applied to attend The Climate Reality Project’s virtual training this spring.

JA: I started seeing things on Instagram from Greta Thunberg, including her speeches, during the spring of 2020, and I started researching what she was talking about. I started to feel we were in a crisis that’s being ignored, and no one was even talking about how we’re in the middle of a mass extinction.

The pandemic had just hit in the U.S. and I realized that although I could not do much about the coronavirus pandemic, I could do so much more to positively affect my future with climate change and help try to stop it. I realized I needed to do something.

What made you care about the climate?

JA: Seeing how much humans have contributed to climate change. It made me think that we only had a matter of time until climate change is unstoppable and will be life threatening.

Where do you see the biggest need for change in our region?

JA: The biggest need is climate education. It’s devastating that my friends and I are not being taught about climate change in our schools. We have realized that it is our job to “sound the alarm” and bring attention to these issues because our school system won’t. The more we educate, the more we empower people to take action. I would love to see Illinois require climate education in the schools.

Editor’s Note: In Jacob’s school, John Hersey High School in Arlington Heights, the only course he’s aware of that includes a unit on climate change is an environmental science class, offered to seniors as an elective.

What got you interested in The Climate Reality Project? How did you first hear of it?

How do you stay motivated?

JA: I stay motivated with organizing by getting my friends and people at school involved, as well as making new connections and getting to know the people I work with.

JA: My favorite quote is from Dr. Seuss: “Unless someone like you cares a whole awful lot, nothing is going to get better. It’s not.” This quote reminds me that I can’t wait for other people to take action on our future because this movement needs as many people as we can to get involved. Forget what other people might think of you or what you do, it’s only right to stand up for what you believe in. So I’m very happy I got involved in the climate movement at 16 years old.

What do you envision for the future?

JA: What I would like to see in the future is a world where people can actually look forward to having kids on a livable planet. Where we can actually go outside and breathe fresh air, not air polluted with contaminants that cause long-term health effects. I would love to see bluer skies and greener cities and my town with more electric vehicles.

What I would like to see in the future is a world where people can actually look forward to having kids on a livable planet.

I want to see fewer power plants located in low-income communities, and where Black, Indigenous and people of color live. When you go to Chicago, you can stop by the Gold Coast and Lincoln Square, and they’re nicer when it comes to the environment, but in Black and brown neighborhoods, you see so many more polluters and power plants. An example is General Iron, which is supposed to relocate to the Southeast Side from Lincoln Park.

I don’t want to have a talk with my history class every single day about wildfires and how frequent they’ve become. I don’t want to open up Instagram and see my friends’ homes destroyed by wildfires.

I want more housing that is safer in cities like Miami, where people might have to relocate because of rising sea levels.

We’re not asking too much of our government. We’re just begging them to care about us. It shouldn’t be too much to ask for healthy air and water.

Join Jacob and apply to the April 22–May 2 Climate Reality Leadership Corps training!