Guardian of the Great Lakes

Guardian of the Great Lakes

Cam Davis used to think there was only one way to fight “the bad guys” — sue them. So, he put himself through night school at the Chicago-Kent College of law, specializing in environmental and energy law. But since then, he’s learned that when it comes to environmental advocacy, there’s more than one way to fight the good fight.

“There’s more to protecting the environment than litigation,” Davis said as he addressed The Climate Reality Project – Chicago, IL Chapter (CRPCC) on Saturday. “There’s policy and getting legislation passed. There is organizing, which is probably the most important thing. There’s science, there’s law, there’s economics, all of these things,” he said. ”All of these different disciplines and interests come together in this world of nature — and water in particular — which makes it even more fascinating.” 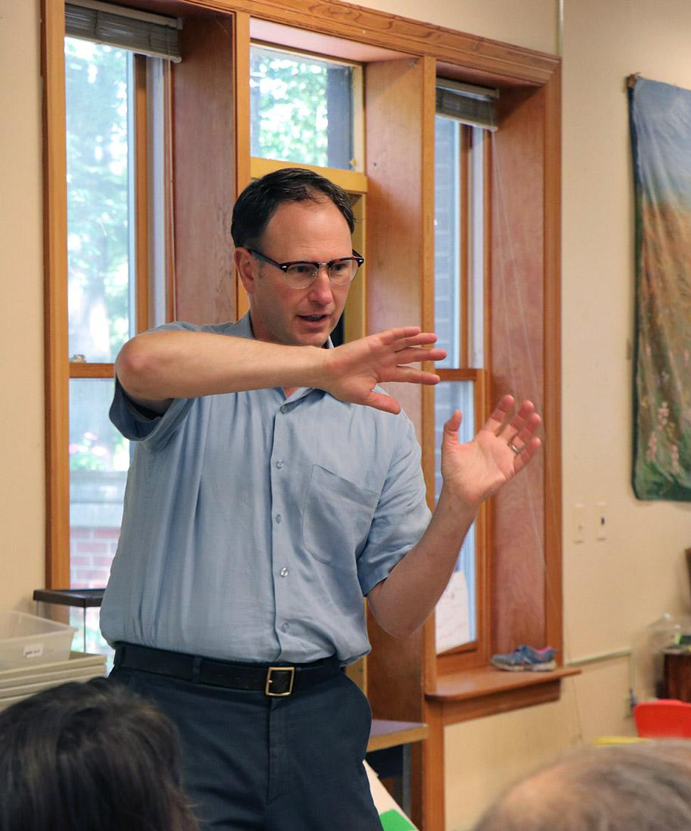 Cam Davis, former Senior Advisor on the Great Lakes for the Obama Administration, discusses the importance of protecting the Great Lakes with the Climate Reality Project Chicago Chapter on Saturday.

Davis, a Democrat, is running for office to serve as one of the commissioners of the Metropolitan Water Reclamation District (MWRD) of Greater Chicago during the midterm elections in November. Davis won the nomination as a write-in candidate during the March primaries and was announced the winner in April. The MWRD Board of Commissioners is made up of nine members, those of whom serve six-year terms. Elections for those positions are staggered so that there are three commission chairs available every two years.

But prior to running for a seat on the MWRD, Davis served as “Great Lakes Czar” for the Obama administration from 2009–2017. As Obama’s Great Lakes point person, he coordinated the activities of eleven federal departments, including the EPA and the Army Corps of Engineers, in matters related to the Great Lakes. He advocated for an annual $300 million program to fund the restoration of the Great Lakes.

Davis was a welcome guest speaker of the CRPCC during its summer potluck at the North Park Village Nature Center, Saturday afternoon. 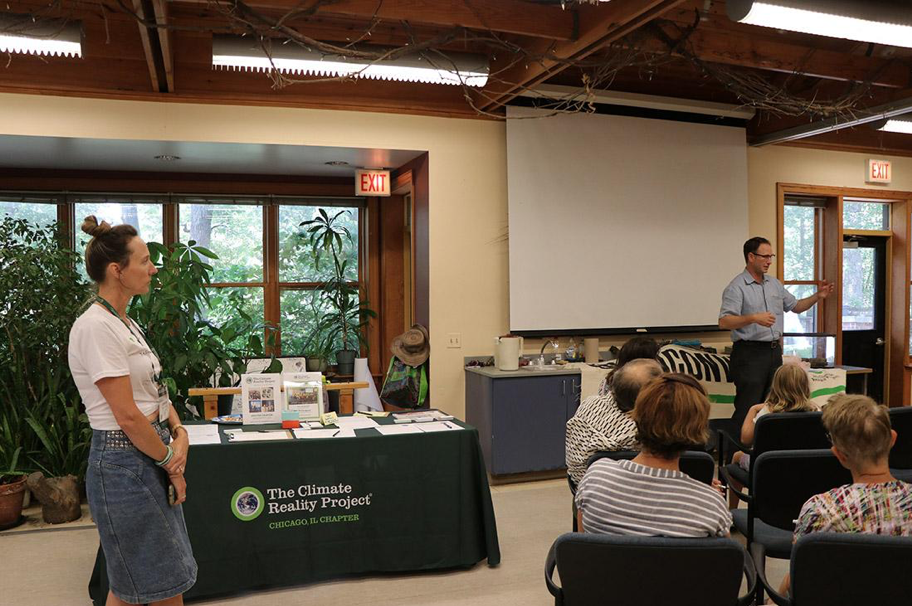 The CRPCC is the local branch of The Climate Reality Project, a nonprofit founded by former U.S. Vice President Al Gore in 2011. Gore serves as chairman of the board of directors. The organization focuses on climate change education and countering climate change denial.

“So far, our chapter has been in beta mode seeing who is interested in being involved, learning how we’re different than other environmental groups and deciphering how much bandwidth is available to apply to action,” said Jennifer Linton. “We’re just getting to the point of having an established base of individuals ready to play a role and ready to really build out our chapter.”

Linton is chair of The Climate Reality Project – Chicago, IL Chapter, a volunteer role. She earns her living as a graphic designer.

“For Climate Reality, we focus on electricity and energy. It’s the low-hanging fruit, the mature solutions ready to scale,” Linton said. “We must get our power industry transitioned to 100 percent renewable energy as soon as possible. Residents can get renewable energy for their homes and businesses even if they rent.”

Saturday’s vegetarian-focused summer potluck was in advance of an upcoming ‘Rise for Climate, Jobs, and Justice’ event, a global day of action with local plans for a march in suburban Elwood (Will County) on Sept. 8. While initiated by the People’s Climate Movement, the march is being planned by a wide range of local environmental groups, labor unions, justice nonprofits and more, Linton said. Details for the march are available on the PCM Facebook event page, or at RiseforClimate.org.

“The biggest thing people can do is show up. Show up to bear witness to the area and all that’s happening down there in our backyard,” Linton said, “We need to make our values visible and show these companies that we’re paying attention to how they conduct business.”

Learn more about Jillian on her LinkedIn page. We thank her for attending the event, writing and sharing this article with us. The event took place on Aug. 4, 2018.