COP26 showed me our climate crisis is a social crisis 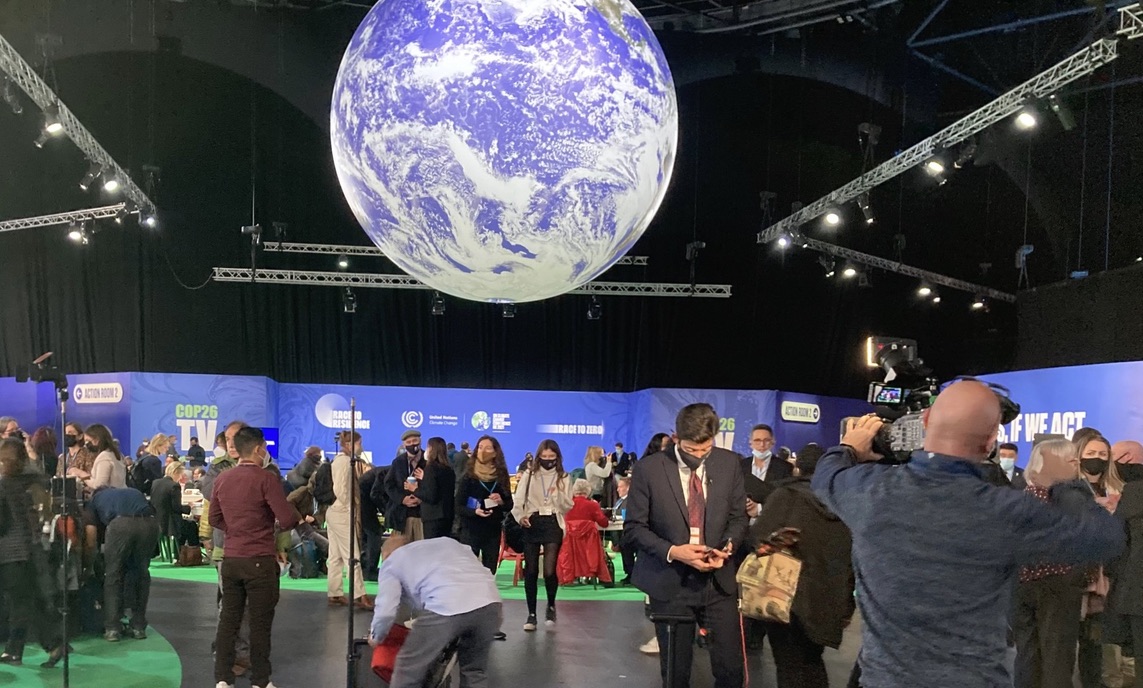 COP26 showed me our climate crisis is a social crisis

Attending COP26 — the UN’s 26th convention on climate change — in Glasgow, Scotland last fall was one of the best experiences of my life. I had never been in an environment where everyone was equally if not more passionate than I am about environmentalism; it didn’t feel real. Glasgow had been taken over by electric buses, ads for sustainable technology and crowds protesting for a better world.

I spent my days at the conference absorbing as much information as I could. I spoke to delegates and architects from Tonga, whose homes may well have been demolished by the recent volcanic eruption, Indigenous families from Ecuador whose land was being threatened by deforestation, and German youth protesting the expansion of fracking in their village. Every person I spoke to had their own climate stories and experiences, which strengthened my drive to act. An incredibly diverse and passionate group of people had come together to fight for a common goal, and I felt at home and empowered.

The resolutions that were agreed upon, however, were less empowering. I was disappointed by the modest targets that countries made for cutting their emissions and by how reluctant adults are to grasp the severity of the climate crisis. Sometimes, it’s hard to stay positive as a young person, when we never seem to be able to wake up the adults in the room. No matter how loud or articulate I am, it feels like nobody hears me.

That said, I have no intention of slowing or stopping my climate work. For me, COP — the Conference of the Parties — emphasized that we are not only facing a climate crisis, but a social one as well. I feel certain that if world leaders truly understood how little time they have to turn around their emissions, the decisions made at COP would have been far closer to what we need.

I feel the same way about the general public. If people were more aware of how close we are to irreversible climate damage, I believe they would vote differently.

This is why I accept every opportunity I’m given to present to groups of people. I recognize that, as a 17-year-old, I have limited opportunities to make executive decisions. But I can have personal influence. Passion is contagious, and I want to capitalize on mine to sway votes and political priorities.

Chicago doesn’t have a problem with climate denial. Our problem is not adequately prioritizing good climate policy. A more well-educated voter base would be more likely to support strong sustainable change in Chicago, so I and The Climate Reality Project are doing our best to expand climate education to adults.

There are entire generations of voters right now that know nothing other than to recycle and turn off the water when they brush their teeth. I believe that if they saw the bigger picture like we do, the tide would turn toward making climate change the top priority locally, nationally and internationally.

Now, as I head to university, my priority is to use my climate education to grow that community into a political majority that will fight for our planet and the generations to come.

Jelena Collins is a senior at Oak Park and River Forest High School who’s been involved in environmentalism for three years. She became a trained Climate Reality Leader in July 2020 and has chaired our chapter’s Youth Action team. She attended the UN’s Climate Conference as a delegate of It’s Our Future!