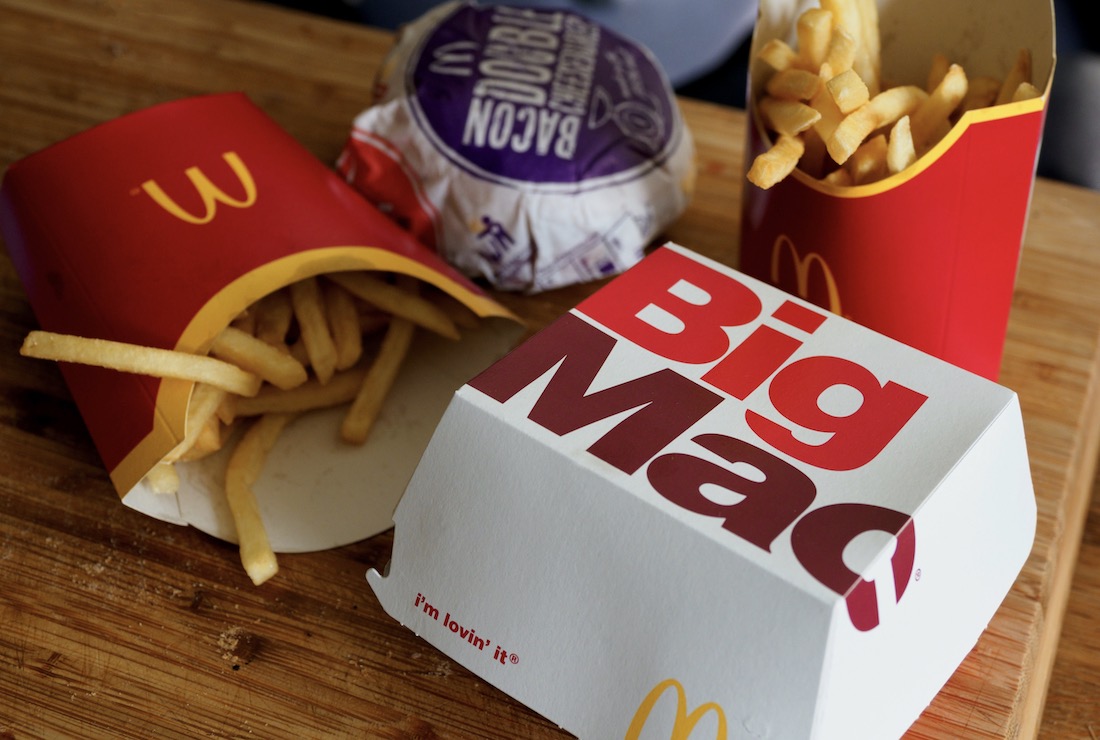 Are McDonald’s climate pledges for real?

I stopped creating resolutions for each new year more than 25 years ago because I never seemed to follow through. In this new year of 2022, I am not making a resolution; I am making a declaration: I will follow up on McDonald’s statements, promises and plans to reduce their carbon footprint.

Do their statements hold true commitment or are they another greenwashing tactic? I will be checking.

McDonald’s pledges net-zero emissions by 2050, and the global restaurant chain is making progress in some areas, but its greenhouse gas emissions — about 80% of which come from its use of beef, chicken, dairy, and other proteins — are a jaw-dropping 53 million metric tons. That’s more than Norway!

Despite working on it for 10 years, the Chicago-based company’s emissions are still rising, according to a recent analysis in Bloomberg.

Slashing emissions from a global beef supply chain is a daunting task. While McDonald’s declines to provide specific details about its supply chain, company officials have said that they purchase hamburger patties from about 20 suppliers around the world. Those suppliers procure beef from thousands of slaughterhouses, which obtain cattle from millions of different ranches and feed yards. Some cattle ranchers remain openly hostile to the idea of companies like McDonald’s inserting themselves into discussions about how animals are raised.

McDonald’s pledged to obtain an unknown quantity of sustainable beef for many of its largest markets five years ago. The corporation claims to have achieved this goal. But words don’t equal progress.

McDonald’s has taken small small steps, but where’s the beef?

As the Bloomberg Green article documents, “In many cases, the company has purchased beef through sustainability programs that don’t actually require cattle ranchers to adopt climate-friendlier practices.”

The company is taking positive steps. McDonald’s co-founded the Global Round Table for Sustainable Beef (GRSB), the multi-stakeholder initiative that brings together key players across the beef value chain to accelerate and continuously improve sustainability throughout the sector. Additionally, McDonald’s has helped form Round Table organizations for many regions/countries.

Yet the process seems to be more show than substance. In a 60-page sustainability standard from the Canadian Round Table for Sustainable Beef, it doesn’t mandate that cattle ranchers adopt any lower-emission practices. Ranchers only need to show they know of management practices that support reducing emissions and carbon sequestration.

In other ways, McDonald’s is doing a great deal of work to reduce its climate impact. Their new building prototypes, for example, reduce consumption of electricity by 16.7% and water use by 19%. I wish we could be sure that their actions on its larger emissions commitments, where their impact is the greatest, in their beef supply chain, could be more transparent.

But trust must be earned. And the fact is, McDonald’s needs to do more to reduce its methane emissions. A company whose profit soared 59% last year to $7.5 billion, can afford to do more.

While I’m sure many other companies are making similar commitments, I think we should apply public pressure to hold McDonald’s accountable! I’ll be watching.

McDonald’s has announced it will be expanding sales of its meatless McPlant burger to hundreds of locations. The burger, made from peas, rice and potatoes, among other ingredients, was developed with Beyond Meat and will be sold at 600 restaurants in the San Francisco and Dallas markets. The product was introduced last November at eight stores in Texas, Iowa, Louisiana and California.

The company had announced in early January a huge rollout of the McPlant to every restaurant across the United Kingdom and Ireland.

The Chicago-based company didn’t mention what plans it has for Chicago.