The good, the bad & tipping points 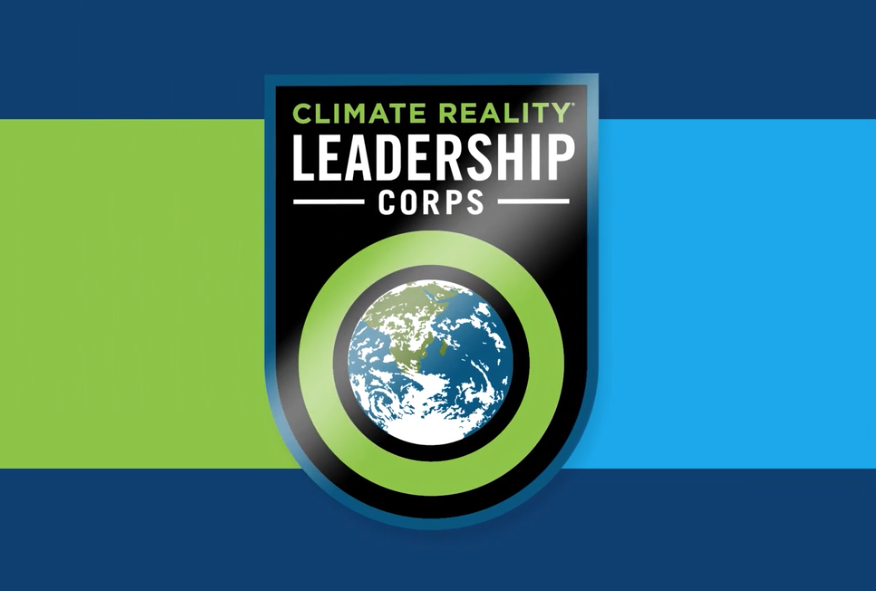 The good, the bad & tipping points

Holy Moly, he’s now talking about climate tipping points! While I wasn’t a complete climate newbie when I went to The Climate Reality Project’s training in Minneapolis in August 2019, former Vice President Al Gore’s nearly three and a half hour slide show about the compounding impacts of our warming planet brought me to tears.

At that time, a good three quarters of the presentation was taken up with floods, heat waves, melting polar ice caps, fires and pestilence before getting to the good news about increasingly affordable renewable energy.

In the last couple of years, I’ve been watching changes to the slide show to keep my own presentation up to date. Most of the changes have been on the margins, but during the current U.S. training, for which I am a mentor, Gore and his team made what I consider significant changes that upped the scare factor even as he concluded with optimism for the future.

Here’s my take on what I found most noteworthy.

NEW: A much stronger emphasis on environmental justice and how pollution from fossil fuel plants has primarily impacted African American communities. Particularly memorable was Gore’s discussion of petrochemical plants in Louisiana and the pipeline fight in Memphis.

My Take: While EJ isn’t new to Climate Reality, this was a far more detailed case about how fossil fuel companies have avoided accountability for the damage their plants have wrought on human health and our ecosystems. And it’s not just greenhouse gases, but particulate pollution and toxins too. Yes!

NEW: Singled out Superfund sites as particularly vulnerable to flooding, which could unleash the toxins far and wide, damaging our soil and water and, obviously, our health.

My Take: There are thousands of Superfund sites in the country, and superstorms and flooding are worsening due to climate change. Scary.

NEW: That pollution from fires is more hazardous to lungs than most other particulate pollution.

My Take: Makes me worry terribly for the people on the West Coast.

NEW: A better fuller explanation about how the melting of the polar ice caps and the warming of the planet is disrupting the jet stream and ocean currents and leading to weird weather events, such as the polar vortex, which swooped down into Texas this last winter.

My Take: Very helpful since this critical piece of the story can be difficult to understand.

NEW: An expansive discussion of green hydrogen, which can be economical when produced from cheap renewable excess capacity at certain times of day and can be used for manufacturing processes that require high temperatures, like forging steel.

My Take: This is a great counter argument to those who have argued that renewable energy just can’t cut it.

NEW: Much more about plastics and how the fossil fuel companies are looking to make up for the loss of increasingly uneconomical oil and gas energy production by making way more plastic.

My Take: A very scary stalking horse that, if we’re not careful, could allow these huge fossil fuel companies to finagle their way into decades more toxic pollution and greenhouse gas emissions. More people understand that plastic recycling is more myth than fact, and we must stop producing so much of this ugly detritus, clogging land and sea.

NEW: An expansive discussion about nuclear energy. Gore said new plants are prohibitively expensive, but other than that he didn’t have a big problem with nuclear.

My Take: He didn’t talk about the intractable problem of nuclear waste. Nobody wants it, it’s dangerous, and many locations on which the barrels are stored are susceptible to flooding, including in northern Illinois, where nuclear waste is stored on site where it was produced (Byron, Dresden, Zion (closed), etc.), according to the Illinois Emergency Management Agency.

NEW: About those tipping points: While Gore had mentioned these issues in previous slideshows, this is the first time he connected them as triggers for a galloping expansion of our global warming.

My Take: The news gets worse by the day, so ignoring this elephant in the room only invites the question: Why omit them since, as our world grows hotter, we get closer to triggering them. Gore didn’t go very deeply into what could happen once they’re triggered and we hit a point of no return, but the slide showing the giant sinkholes in Siberia where methane exploded from underground after the permafrost melted was positively apocalyptic.

We have our work cut out for us. Engaging in solutions is the best medicine for grief — and the solutions are at hand. “We have all the green technology we need right now,” said Dr. Kim Cobb, an oceanographer and director of the Global Change Program at Georgia Institute of Technology.

Educating the public, our friends, our communities and elected leaders about these issues is a matter of life and death and, as Gore says, our world depends on it!