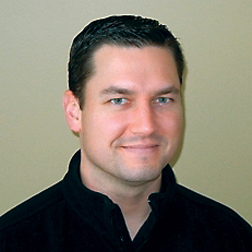 Justin has a B.S. in Economics from Northwestern University (2001) where he also majored in theater. He’s an entrepreneur who has owned and operated two highly-successful Massage Envy locations from 2008–2018. He’s a three-time winner of Franchisee of the Year. Justin is a father of three: 19-year-old son, 12-year-old daughter and 8-year-old daughter. He’s dabbled in acting, stand-up comedy and has performed improv at Second City in Chicago. For seven years he played in a Pearl Jam tribute band.

A bit more: Lots of stage performance experience make Justin a natural presenter. In a previous business, he employed 120 people — so he understands a sizable business, the pressures involved and various employee-relations. His personal outlook with respect to presenting is to be fun and engaging!

Miles willing to travel for a presentation: <50

Key topics like to focus on: Climate, Pollution, Economics

“You are a ghost driving a meat-covered skeleton made from stardust, riding a rock floating through space. Fear nothing.”

Inquire About A Speaker